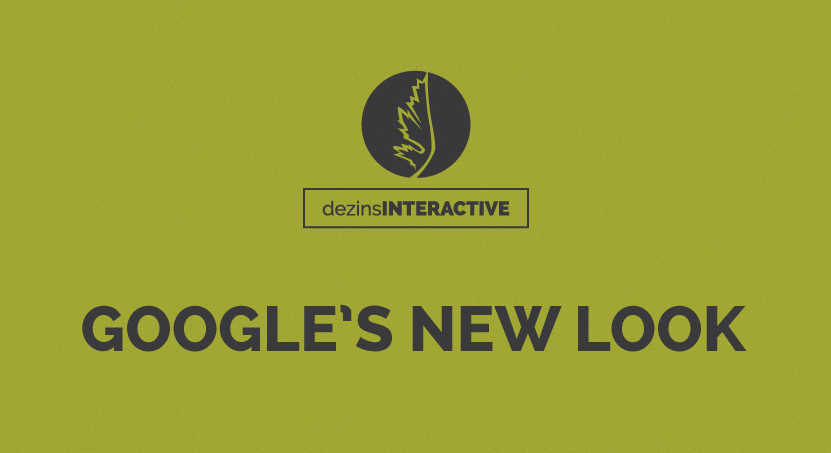 Back in August, Google rebranded itself to become Alphabet, Inc., which will serve as a public holding company. Its largest asset will be the Google search engine.

You may have typed in “Google.com” recently and noticed a new look. No, your eyes are not fooling you. Google released its new design on September 1.

Now, Google has a new, simplified logo with a sans serif font, as opposed to the serif typeface of before. The color palette of blue, red, yellow and green has stayed the same, albeit softer tones. The “E” in the word also has maintained its slight tilt.

Why the change? Google’s Tamar Yehoshua and Bobby Nash explain that the logo has been designed to be used across many apps, devices and platforms.

“Today we’re introducing a new logo and identity family that reflects this reality and shows you when the Google magic is working for you, even on the tiniest screens. As you’ll see, we’ve taken the Google logo and branding, which were originally built for a single desktop browser page, and updated them,” they said in a blog post.

Google last updated its logo back in 2013, and the logo has been changed five times throughout the company’s 17-year history.