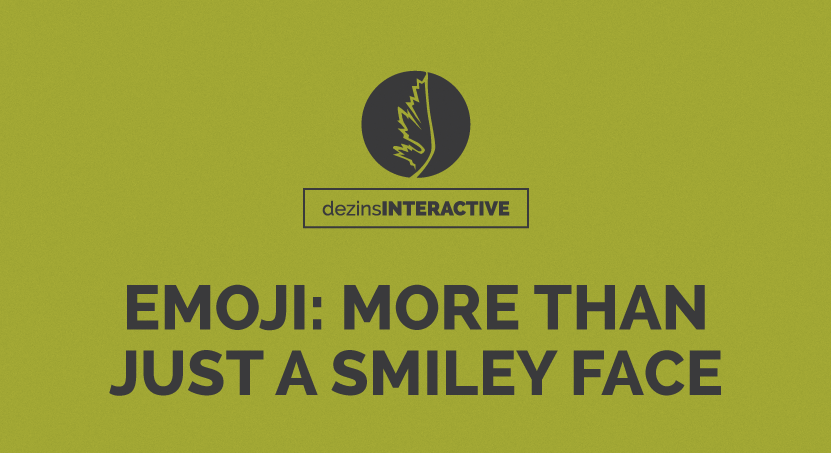 Everything in marketing and communication revolves around engagement and now that is highly influenced by a little yellow smiley face, a heart or some sort of other emoji. Yes, the emoji is the next big thing in communication. We are living in the age of the emoji. What is it? An emoji is simply a digital icon.

It is now highly suggested that emojis be implemented in marketing campaigns. This is great being that while social media has grown, character count has done the opposite. So, what better way to get your point across than by using a simple little icon other wise known as an emoji.

Although we are living in the digital age, actual human interaction is still vital. Unfortunately, we don’t always get this type of interpersonal communication. This could also be a factor in the rise of the emoji. Studies have shown that we react to emojis like we would a real human face. The use of emojis, are doing something that can be difficult to do with words alone and that is express emotion. People simply react better to visuals. Scientist have found that looking at a smiley face or a sad face online, activates specific parts of the brain just as when we look at a real human face. This affects marketing because it has been proven that human faces are attention grabbers.

Many brands have integrated the emoji in their marketing campaigns. Domino’s being the first brand to actually allow customers to order using an emoji via twitter. General Electric is another brand to utilize emojis. They retold a story by Popular Mechanics using emojis. Brands are now able to tell a story using one character count instead of hundreds of words. PETA, IKEA, and Bud Light, are among other large brands to implement emojis in their marketing strategies.

According to Swyft Media, 74 percent of U.S. population use stickers or some sort of emoji, on average sending 96 emojis or stickers per day. This brings the total to 6 billion emojis and stickers being used around the world daily!

These little digital icons are taking over, so platforms are now being created to measure engagement and the effect it is having on both brands and consumers. Zoomph now has an Emojis Report feature of their social analytics platform. This feature allows brands to see how emojis associated with an instance of its name, which is shown via an emoji cloud. It also gathers location and user demographics such as ethnicity and gender. Instagram has made it possible to hashtag emojis, which allowed for the access of real data on the usage and the meaning behind them.

Knowing how emojis are now affecting engagement, you may want to go back to that social media post you have scheduled, eliminate a few words and replace them with a simple digital icon (emoji).???