The power of no 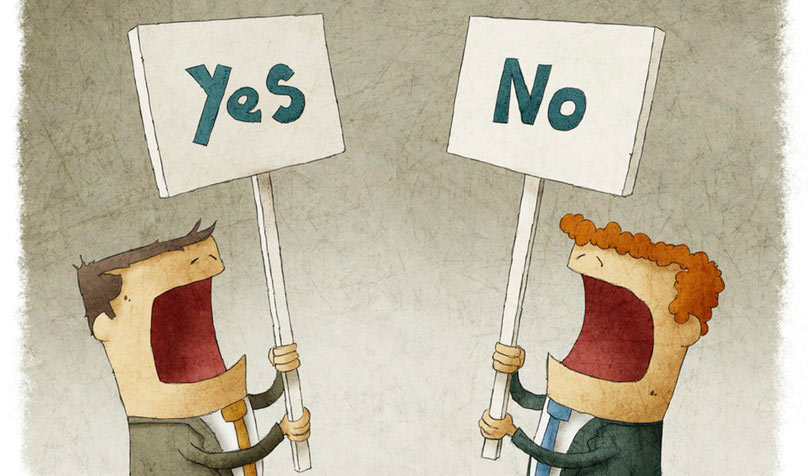 By Holly A. Phillips

Entrepreneurs share the hows and whys of turning down business.

In business, “yes” is a word that means many things. It opens the door to new clients, profitable opportunities, unique adventures, fresh connections and continuous growth. Essentially, saying yes is the key to succeeding. Or is it?

As bad as it may sound, sometimes saying no is the better option. After all, one business cannot possibly please everyone.

But there’s a time, a place and a method to phrasing the negative.

“An employee [once] said something to me about saying no,” says Orhan McMillan, owner of dezinsINTERACTIVE. “I started realizing that you don’t have to take everybody that walks through the door, but I also have numbers to meet. What if I say no and that’s the last client that approaches my business?”

McMillan admits that since he started his company, he has rarely said no. Saying yes brought success and expansion. But it also meant working around the clock: Even after a health diagnosis and surgery, he was back at the office going full speed.

“I ended up learning that by saying no to working every night, I’m discovering now that I’m getting a lot more done when I get back to work,” he says. “I told myself that I was either going to figure out how to do this in the allotted time, or I’m not going to do this anymore.”

For McMillan, saying no is less about clients and more about his schedule, employees, mission and the business brand.

Declining to work with a client who doesn’t fit the company brand can actually strengthen the power of their business.

“When it comes to being introduced to new business opportunities, saying ‘no’ is not always a bad thing,” says Gabe Miller, co-owner of two UFC Gym locations and GlideBoxx. “Although a deal or situation may sound great, there are so many factors, seen and unforeseen, that play into the decision.”

Both of Miller’s businesses deal with a similar audience, although GlideBoxx is available worldwide and UFC Gym is local, which allows him to focus his marketing for both companies.

For Miller, the most difficult time for him to refuse work is when he’s trying to have a balance of career and home life.

“I still struggle with this. Owning a business very often blurs the lines between work and personal life. It can be a 24/7 schedule if you allow it to,” he says. “There are days that I have to step away from the business and not allow problems or pending issues get in the way. If it’s not an absolute emergency, I have to tell myself and others that I will handle it on another day.”

If Miller feels compelled to say no, it’s mostly because his staff is overloaded, and he has no intentions of making them work after-hours.

“There’s only so many stalls you can stick the hogs in,” he says. “If I’ve got to say no, I stay respectful. I let them know we’re overloaded, and that if I take this, they won’t get my full attention, and another client is going to be compromised as well. If you are genuine and explain why you’re saying no then most people will understand.”

While no is often seen as a giant rejection stamp, it is a necessity in the business world—particularly for smaller companies with limited manpower. But it’s a critical skill for larger companies as well. CEOs should ensure their employees know it’s OK to decline business when it matters.

“Empowering your staff to say no is important,” McMillan says. “Not ‘No, I don’t want to do this,’ but as a leader can I empower my staff to have the ability to say no for the best interest of our clients.”

Even with the best of reasons, closing the door on an opportunity may never be easy.

“I don’t know if I’ll ever get comfortable saying no,” McMillan says. “But by saying no, you’re saying yes to getting more things accomplished, and doing them better.”